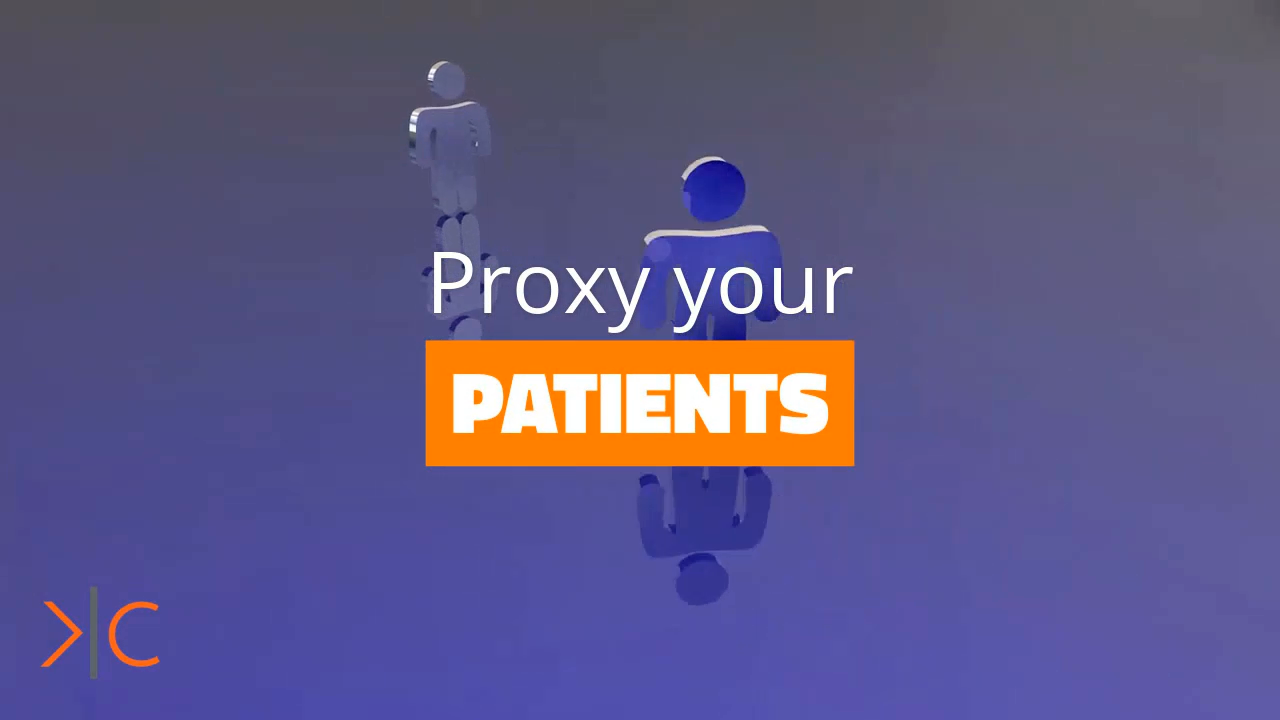 Mike: Hi, everybody. I'm Mike Perusich and Dave Kats with Kats Consultants. Dave, I thought we'd talk about proxy consultations a little bit today. I think that's something that's near and dear to both of us.

Dave: Absolutely. I'm excited. I was sitting one day in my office and said, "There's going to be a way to get patients to send me other patients." I couldn't think of the way. I walked into the treatment room and there was a lady named Darlene there. I said, "How are you doing?" She said, "I'm doing pretty good today. I probably should've stayed home and sent my son in." I said, "Why is that?" She said, "He has headaches." I thought here's a time to do what we later called a proxy consultation or even a proxy case history. They're still saying, "Yes, you should do that someday."

I sat down on the pelvic bench that I have in the room. She was on high low sitting down. I did a case history on her son through here. I did it by proxy. At the end, I said these three things, "That does sound like a chiropractic problem. You should get him in here sometime. Would you do that for me?" Then I took her up to the front and signed her up. That's the first step for proxy consultation.

Mike: Yes. The proxy consultation over the years has become one of the best new patient generators I think there ever was. This is something I used in my practice all the time. There's a whole bunch of different variations of it. One of the variations that I like to use is when I have a mother, who's a patient of mine, comes in and she's done really well with care. I like to ask about her kids. I'll ask little things like, "You've talked about your son who plays football. Does he ever talk about having any pain?" She might say, "Well, no, I don't really know."

I'll use that opportunity to talk about child athletes and how important chiropractic is. Or I'll use family history and say, "You know, Sally, your son maybe developing some of the same things that we've seen in you as an adult. If we catch them as a child then we may be able to prevent problems like you've had as an adult, so why don't we just walk up to the front desk together and I'm going to have my front desk person go ahead and schedule your son for an appointment." You know what? They never say no every time they schedule an appointment. I probably signed seven or eight new patients up a one week doing proxy consultations.

Dave: I say when I teach is, "You can't walk three feet into the front desk without signing up at least one. You'll probably sign up three. Maybe one won't sign up one but the other will sign up two. You have a ratio but everybody you bring to the front desk, you get somebody to sign up as a new patient. I will tell you this from being consulting for many, many years and teaching it proxy consultation since clear back, I don't even want to say when in the late 80's when I developed it. I will tell you that the biggest practices in our organization use proxy consultation as one of their major topics. That's something you should teach this for a full section in one of the upcoming class. It's that important. We just gave them the blue bits of it when they should have the whole thing.

Mike: Absolutely. It's definitely on the schedule. A proxy consultation, just to break it down to its minute point, it's really about listening to patients and finding those opportunities to talk to them about chiropractic care for their friends and family.

We've put together 5 easy ways to start increasing your revenue in as little as 30 days! If the curiosity is killing you, all ya have to do is download it below.